As some of you may be aware the theatre is undergoing extensive work over the coming months. We thought it would be a good idea to give you an update on what exactly we are having done in the theatre as the changes to the building will be quite dramatic once the work has been completed.

We will be looking to give you further updates as work progresses.

The entire building is having an electrical rewire including new fuse boards, electrical sockets and lighting.

Over the years the theatre has had various work carried out on its electrics but the rewire will make the building work much more efficient for staff and stakeholders, as well as being part of our dedication to reduce our Carbon Footprint as part of our Climate Change policy. Work on the rewire has already started and we hope to update you further as the electrical work continues.

The current, two backstage dressing rooms are being divided up into four newly decorated dressing rooms. This will include new mirrors (with lights for makeup application) and a new toilet for the two new downstairs dressing room spaces. Our reasoning for doing this is two fold. Firstly, in a new COVID world, it’s going to be safer to have as many spaces to keep people separated backstage as much as possible. COVID is with us forever and as a theatre we have had to adapt to the new normal. Secondly, as great as the two dressing room spaces were, in reality they are too big and not efficiently using the space we have. The theatre has a lot of ‘one nighter’ performances with minimal performers and cast. Having two large spaces is useful for larger scale productions but not ideal when cast numbers aren’t particularly big. The dividing up of the spaces also makes the building more versatile in regards to having multiple spaces for possible hire and changing facilities for our other performance spaces in the building.

Finally, (but most important of all), a new air ventilation system is being installed in our main auditorium and studio spaces. Obviously, this is to make the theatre COVID compliant as having adequate ventilation and air movement is essential to indoor spaces. We are also hoping that this will help to keep the temperature down in the theatre during the summer months. As some of you who have visited us during the summer may be aware, the main house can get very hot indeed. We are hoping that the new ventilation system may help with this.

The installation of this new ventilation system is possibly the biggest project we are undertaking and has taken significant time and research to get us to this point. Even things such as noise pollution and climate impact have had to be taken into consideration as the plant equipment for the new systems will be installed on the theatre roof.

Planning work for the new ventilation system is still ongoing and we hope to update you further as we start to undertake this huge project.

As you can see, the works being carried out are significant and very exciting for the theatre going forward. 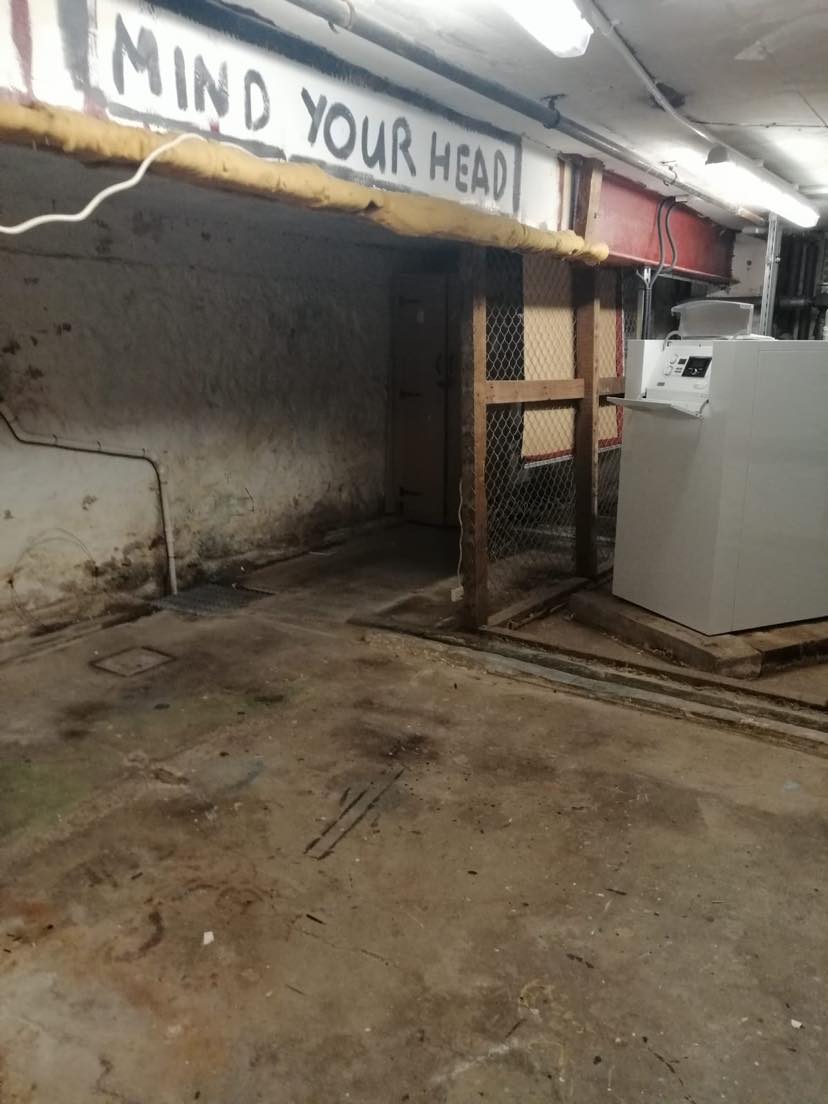 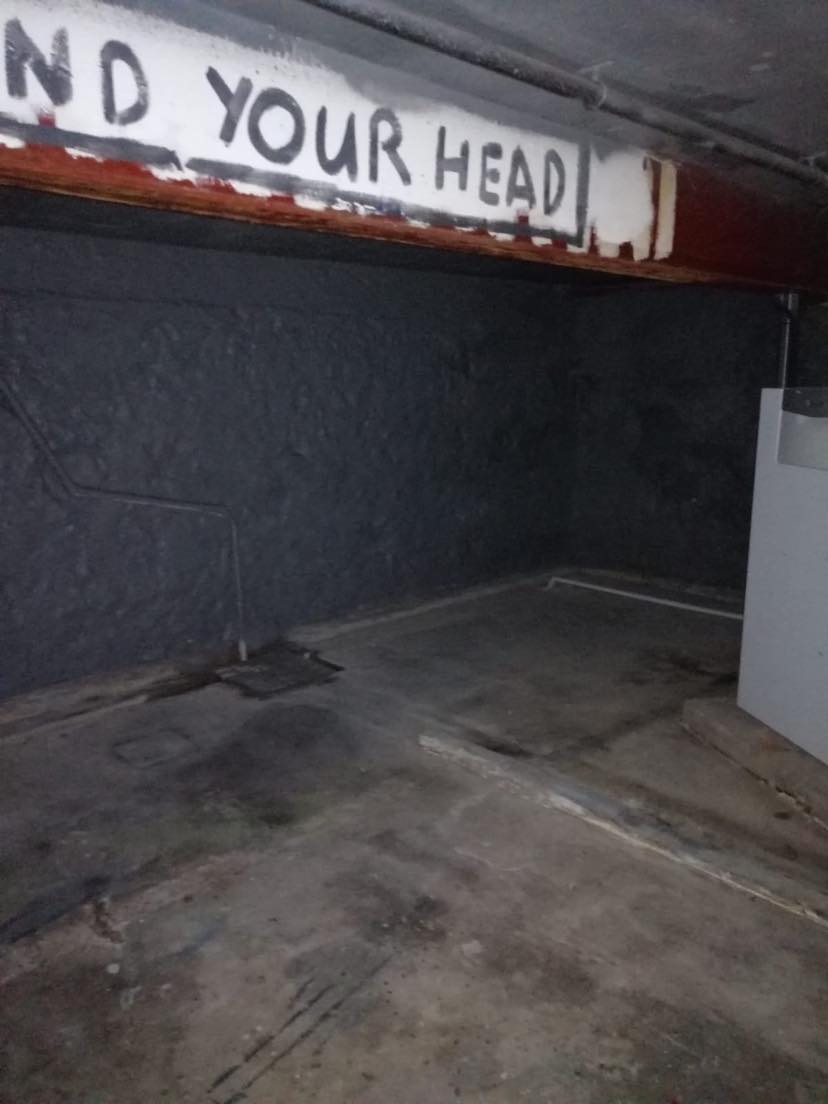 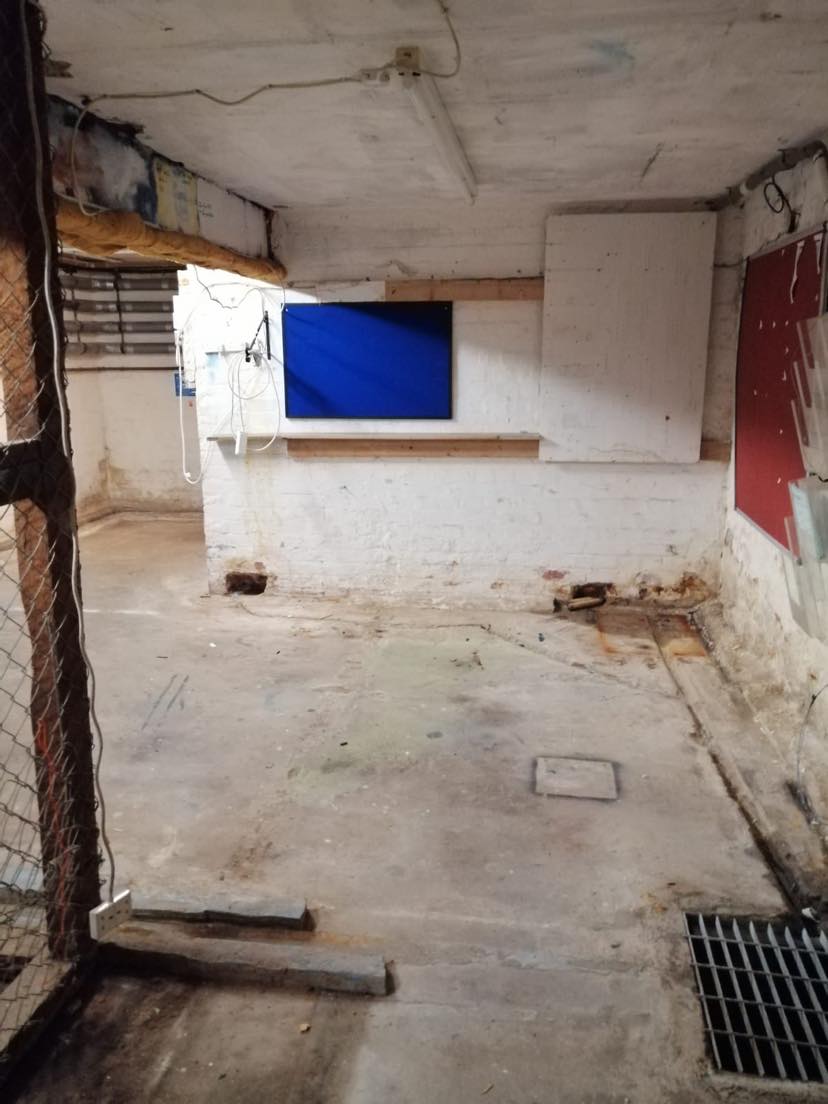 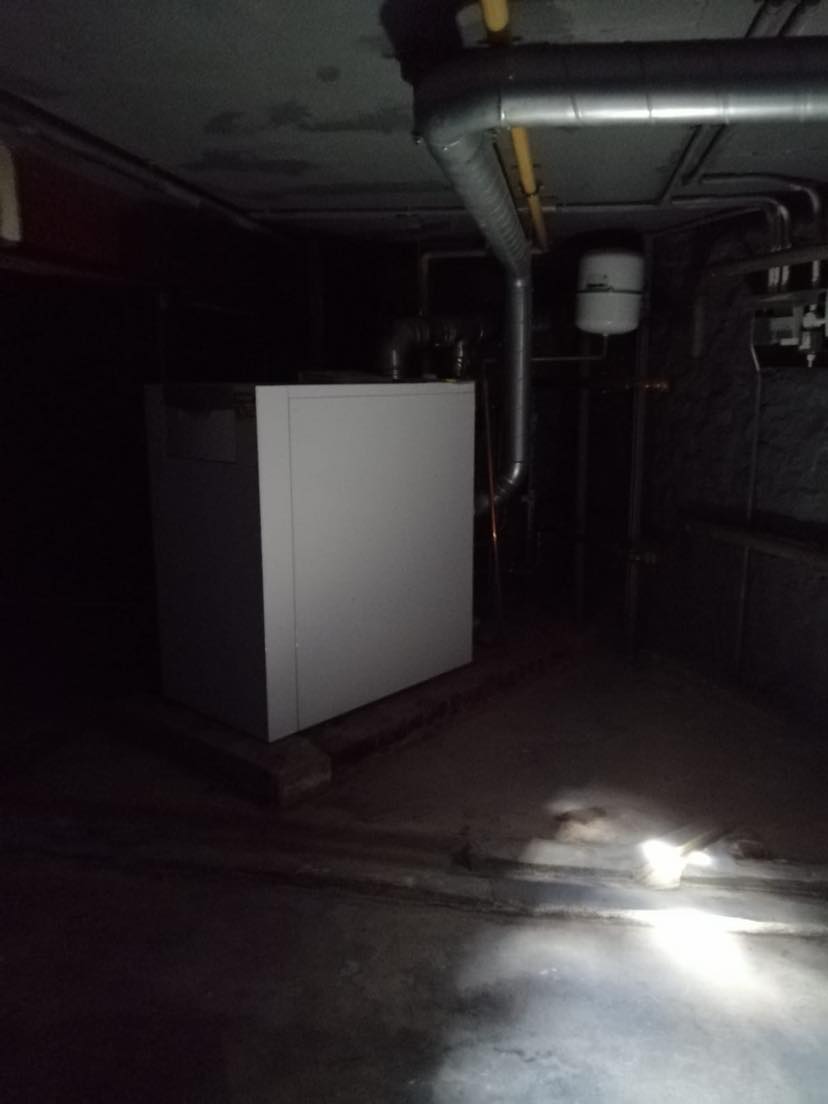 Our theatre rewire has also started and our contractors have started taking out the old wiring in our backstage areas. (07/06/21)

The rewire is moving on really quickly. Backstage, all the new cable trays are installed and new sockets have also been fitted. There’s still quite a bit to do but we’ll update you on any further developments.

The new ventilation system has now been ordered. This, as we’ve previously mentioned in other posts, is possibly the biggest project out of the changes that we’re making. We’re hoping it won’t be long now until engineering work on this can begin. And again, we’ll keep you posted on any further updates. (06/07/21)

Time for another update

The electrical rewire is moving on quickly. It’s so nice to see new lighting going in to the public and backstage areas. With most of the new lights on sensors, it’s better for our carbon footprint and also do much easier to not have to worry about going around the building turning off lights all the time. Our new cable trays look very smart and modern throughout the building as well!

Our new ramped decking has been started in the theatre’s Courtyard, which will make this space more accessible as well as a brighter and more relaxing space to enjoy a drink during those hot summer evenings.

Our technical equipment has now gone back into its original place back down in the basement. Now that we’ve had new racking installed in helps keep everything much more organised.

Discussions over the installation of our new ventilation system continue. Last week it was decided that the entire lighting grid needs to come down in the auditorium to facilitate the installation of the new system in the main house, with the entire roof above the stage being removed and then replaced! Positions of permanent access ladders to the roof of the building were also decided upon.

It is all very exciting as the ventilation system has begun arriving at the theatre in the shape of some very large pipes! You may not believe that we would get so excited about some pipes but we are.

As you are aware the main auditorium was built in 1850 originally as a baptist church and most of our original external walls of the church are extremely thick. Therefore, trying to work out how to upgrade the theatre to accommodate these pipes without compromising the building has been a real headscratcher. However, they are being installed and now it is just a plan needed to work out how to get everything onto the roof, but we will leave that for another day! (Thank goodness for experts!). 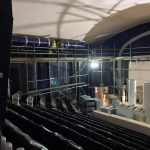 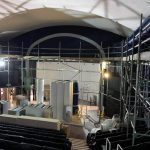 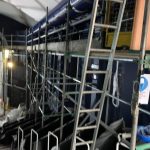 We are Nearly There!

As you may have heard yesterday, we now have a re-opening plan (please see our updates here) and so that means we are nearly there with our building work.

The decorators are booked for next week for our Theatre Bar and Dressing Rooms to start their decoration. The Courtyard has been decked with an accessible ramp and new doors are being hung in our dressing rooms.

Hopefully we will start getting some more prettier pictures to show you over the coming months. (01/10/21) 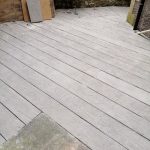 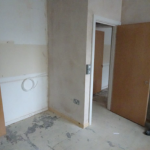 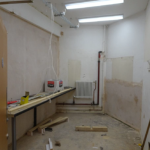 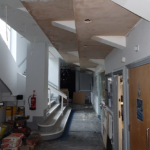 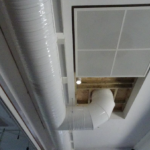 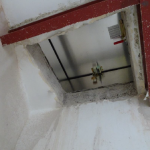 This website uses cookies to improve your experience while you navigate through the website. Out of these, the cookies that are categorized as necessary are stored on your browser as they are essential for the working of basic functionalities of the website. We also use third-party cookies that help us analyze and understand how you use this website. These cookies will be stored in your browser only with your consent. You also have the option to opt-out of these cookies. But opting out of some of these cookies may affect your browsing experience.
Necessary Always Enabled
Necessary cookies are absolutely essential for the website to function properly. This category only includes cookies that ensures basic functionalities and security features of the website. These cookies do not store any personal information.
Non-necessary
Any cookies that may not be particularly necessary for the website to function and is used specifically to collect user personal data via analytics, ads, other embedded contents are termed as non-necessary cookies. It is mandatory to procure user consent prior to running these cookies on your website.
SAVE & ACCEPT
%d bloggers like this:
Go to Top